Control anything electrical with the Raspberry Pi using 433 MHz RF

I've gotten a lot of e-mails in the past about controlling lights, plugged-in utilities, etc. with my voicecommand software on the Raspberry Pi and I decided to make a quick easy guide.

Why would you want to do this?

This is an easy question to answer. I walk into a room and I say Pi . . . Let there be light and behold the lights turn on. Or for those with less dramatic flair, just saying lights and having the lights turn on.
Having voice controlled lights in your house just seems convenient.

How can I do this?

I've created an image for the RPi that already has everything you need on it. This means it's easier than ever to control electronics with your voice.

Once you have the image on your Raspberry Pi, buy some RF 433 MHz light switches or sockets like these:
Etekcity ZAP 5LX Auto-Programmable Function Wireless Remote Control Outlet Light Switch with 2 Remotes, 5-Pack Outlet

You can plug those into an outlet and plug anything (including a light) into them.

Next you need a 433 MHz transmitter and receiver for the RPi. You can get those here:

433Mhz RF transmitter and receiver kit for your Experiment

Then you can wire them up to the pi using the GPIO and use pilight to control them. You wire them in as below: 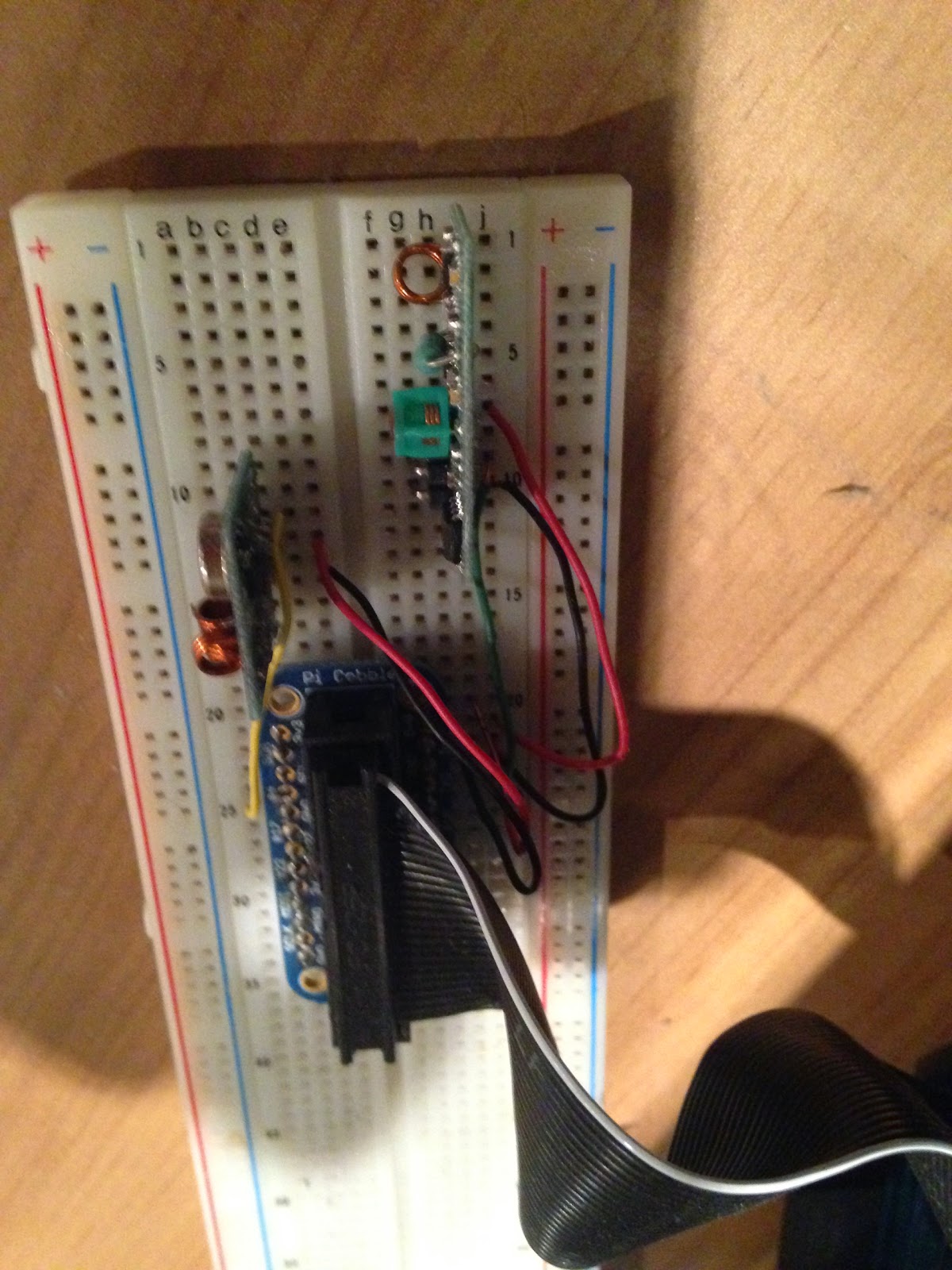 Now I can add that command in a script and use voicecommand to run it when it hears the right command!
You can do this with voicecommand -e

You can read more about it at the hackaday projects page here.

And here is a quick video demo:

Consider donating to further my tinkering since I do all this and help people out for free.

Posted by Steven Hickson at 1:27 PM
Email ThisBlogThis!Share to TwitterShare to FacebookShare to Pinterest